In the early years of The Presbyterian Church in Canada, congregational life centred on the worship service held Sunday morning. Young people returned in the afternoon of the Sabbath to attend Sunday school. In urban areas, an evening service was also held. Even a mid-week Service was common in most localities.

In the old days, church organizations were limited to a gathering of ordained Elders called the Kirk Session, where issues of discipline and worship were dealt with. Large congregations had a Deacons Court, which dealt with cases of charity. In time, individual congregations organized boards of Managers and Trustees to oversee the running of the church.

Women in the Church 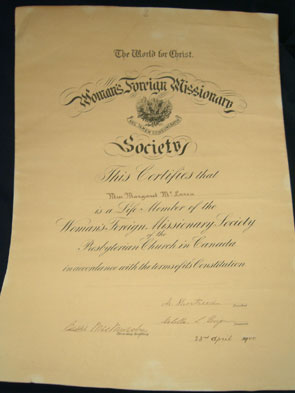 By the end of the 19th century, most congregations had organized active auxiliaries to the Women’s Missionary Society (WMS), their task being to raise money and awareness of the world mission of the church. Members of the WMS provided leadership for Mission Bands so that children could be introduced to the mission of the church at home and abroad. Ladies’ Aid Societies were organized to meet the needs of local congregations.

In the nineteenth-century choirs came into being with a full complement of women. While the clergy at that time, were limited to men, women were gradually involved in overseas mission service e.g. medical doctors and teachers, as well as in congregational staff responsibilities, aboriginal work and social activities. 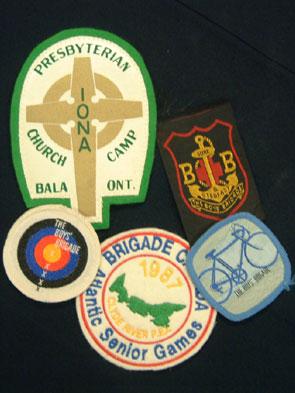 Also in the late 19th century, congregations organized youth groups. Many congregations supported either strong Christian Endeavour Societies (ecumenical) or Presbyterian Young Peoples Societies (denominational), both of which had organizational ties beyond the locality, usually on a provincial or national level. Some congregations elected representatives to an Older Boys Parliament, which annually debated concerns of moral and religious import. Before the First World War, the Boys Brigade of Canada (and its junior partner, the Life Boys) played a significant part in Presbyterian youth programmes, and these had strong religious components. For example, young Presbyterians in the Boys Brigade were required to attend that organization’s Bible class. The Presbyterian Church was a strong advocate of an ecumenical mid-week programme for girls, entitled the Canadian Girls in Training (CGIT) which was developed by the Canadian Council of Churches. A Junior group called the Explorers had a smaller membership, even when boys were enrolled in the membership. For many years, the CGIT successfully competed with the Girl Guides for the allegiance of teenagers. As time passed, the Boy Scouts, Cubs, Guides and Brownies tended to take over from all these earlier groups, with the church often providing space rather than leadership.

The collection contains artifacts from all the above organizations – the Boys Brigade, Christian Endeavour and the Presbyterian Young Peoples Society. These include, for example, plaques, awards, shields and a photograph of the Older Boys Parliament.