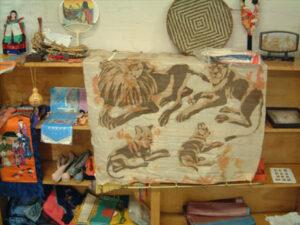 No account of the history of The Presbyterian Church in Canada would be complete without a visual record of her far-flung missionary enterprises around the world. Beginning with John Geddie’s mission to the South Seas, George Leslie MacKay’s to Formosa (now Taiwan) or William John McKenzie’s to Korea, the church of the second half of the 19th century grasped the challenge of bringing the gospel to “all the world.” 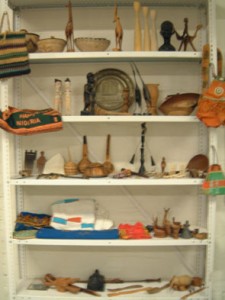 In 1925, when many Presbyterian churches amalgamated with the Methodist and Congregational churches to form the United Church of Canada, most mission fields were turned over to the new denomination. However, The Presbyterian Church in Canada continued to operate programmes in such countries as China, India, Formosa and Japan, and in time established partnerships with Presbyterian churches in other countries. The Presbyterian Church in Canada entered into ecumenical agreements with the Church of Scotland and various national churches in order to pursue its work in Africa (Nigeria, Kenya, Mozambique, Malawi and South Africa). As well, Christians who form a minority in countries such as Korea, Japan and Guyana (the East Indian community) welcomed Canadian Presbyterian partnerships.

The collection is divided into sections featuring missions in Africa, India, Japan, China and Taiwan, with costumes from Nigeria and other countries adding colour and authenticity to the displays. 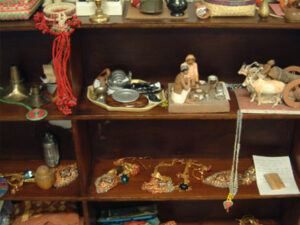 Missionaries have contributed many artifacts to the Museum, and such gifts are greatly appreciated.